I use Field Experiments to study International Intervention Efforts 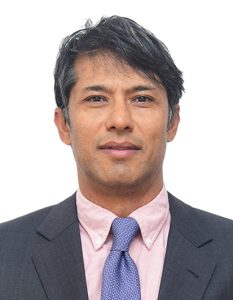 My current research centers around social cohesion in peacekeeping, counter-insurgency, countering violent extremism, and development efforts with a focus on the Horn and Sub-Saharan Africa, the Middle East, and Nepal. I received my Ph.D. in Political Science at New York University in 2020 and a MA in International Security at Georgetown University (SFS) in 2011. My work has been published in the APSR,  AJPS, ISQ, and Defense and Peace Economics. I am also an Adjunct Fellow with the Institute for Integrated Development Studies (IIDS) in Nepal for whom I run a monthly webinar series on Politics, Economy and Public Policy.

Before academia, I had two different backgrounds. I graduated from the Royal Military Academy Sandhurst and served in the Nepal Army (NA) for 14 years as a Combat Engineer Officer mostly constructing roads and bridges in rural Nepal.  During the Maoist Conflict, I switched to Bomb Disposal Operations which involved extensive operational work on the removal of Improvised Explosive Devices (IEDs). I have served as a UN peacekeeper (blue helmet) on two occasions in the Congo (2003 & 2008). In 2009 I took voluntary retirement from the NA and worked extensively as a civilian staff for the UNDPKO, UN University, UNDP, the World Bank and the Danish Refugee Council, with extended periods in Eastern Chad, South Sudan, Gaza, Ivory Coast, Uganda, Iraq, NYC, Nepal and Somalia.